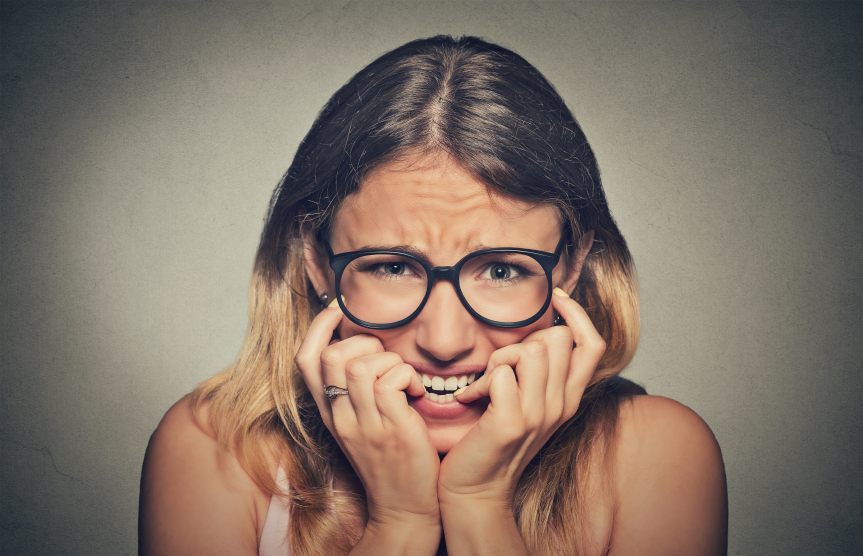 My foot was tapping the floor faster than the scarlet speedster, and my arms were crossed so tightly across my chest I could hardly breathe; but I barely noticed. Even the nervous glances my mother was giving me went unaddressed as we patiently waited in the doctor’s office.  This was my first food allergy test since I had a severe allergic reaction three days previously to perch, a type of fish. It was a reaction that came out of left field and required two doses of epinephrine, and a 24-hour hospital stay. Since my reaction was from a food that had never been identified as one of my allergens, I was too terrified to eat anything but mashed potatoes. I was paralyzed in fear of what else might cause me to react randomly, so I refrained from eating even foods I knew to be safe.

So there I sat, stomach growling in hunger, arms red and itchy from testing, and yet I barely felt a thing because my mind was too busy racing with scary scenarios. Time felt like it was at a stand still between the testing and results, when finally my doctor stepped into the room. He started with the basics; for my known allergies (peanuts and tree-nuts), the levels remained the same. He then asked me to recount what exactly happened three days previous.

I sat up a little straighter, tightened my arms around my chest and tried my best to remember:

I never liked the smell of perch, it was “gross” in my opinion so when I was told it was for dinner I was disappointed, and the rest was blurry. I reluctantly ate a small piece and immediately felt the symptoms of an allergic reaction. My father administered an auto-injector and shortly after I was taken in an ambulance where they gave me another shot and 24 hours later I left the hospital. The whole event was a blur of strong emotions and even though I should look at it as a learning event, I would rather forget it altogether.

I leaned back in my chair, close to tears and after a long pause and a lot of writing, my doctor looked up from his notes. He handed me a paper with a list of fresh water fish, and proceeded to tell me my levels on each, and simplified his explanation by saying I was at-risk for anaphylaxis to most of them.  After a long silence the first words out of my mouth were something along the lines of: “this not fitting on my medical alert bracelet.” My mother and I went through the motions after the appointment, both of us defeated by this news. After years of coming to terms with my peanut and tree nut allergies and getting a handle and level of comfort we were just thrown a curve ball late in the game. I wanted to cover my head and forget the whole ordeal; I jumped between wishing I never ate the fish and stayed blatantly oblivious to these new allergens and being thankful that the reaction happened in my home around people who knew what to do.

I never truly respected and understood the importance of the semantics from allergen testing until I was thrown a fork in the road with these new allergens. Moving forward with allergy testing instead of paying more attention to my itchy arms, I listen more to my doctor and have him explain more in-depth regarding new allergens and what my levels mean.  Allergy testing has been and will always be important, and no matter what emotional events may surround your visit or why you’re there, its always better to be informed and prepared than ignorant to something new.