Home • Guest Post: When an Angling Passion and a Fish Allergy Collide

Guest Post: When an Angling Passion and a Fish Allergy Collide 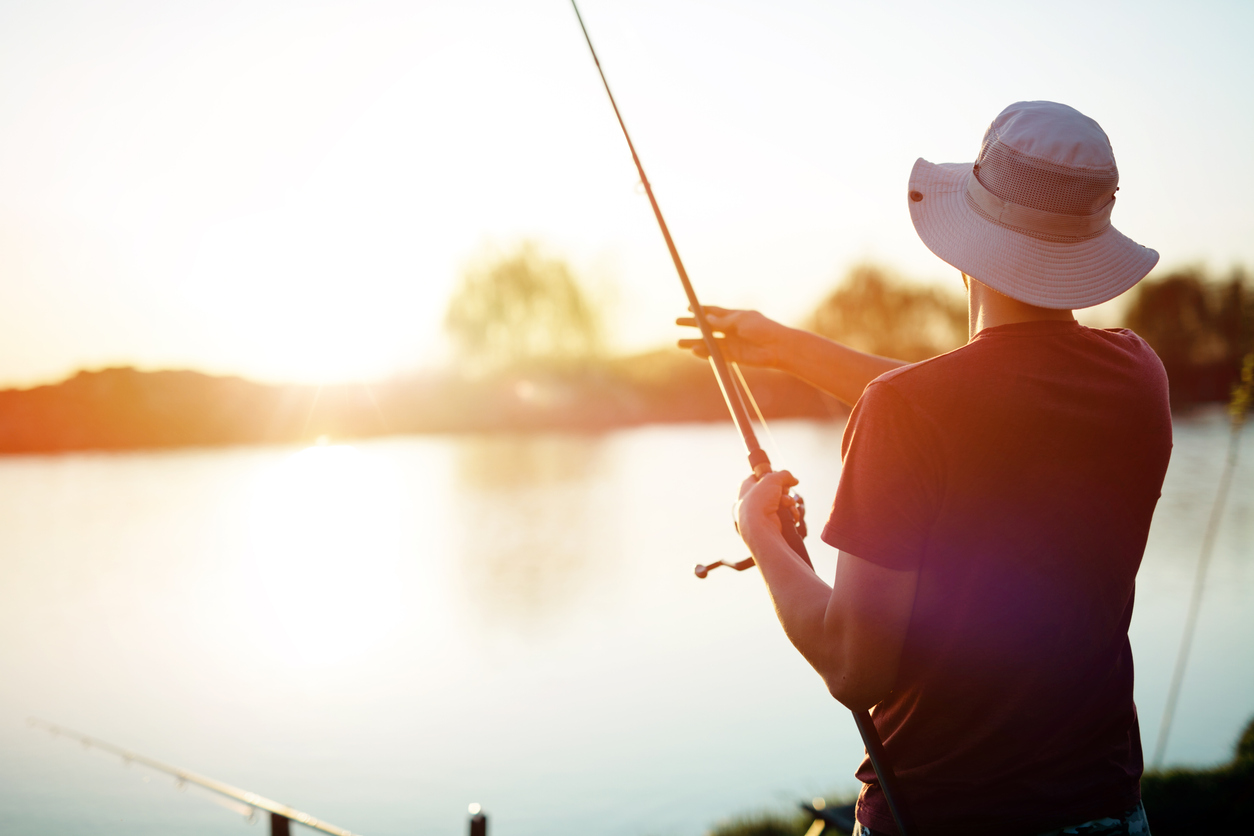 I learned to enjoy fishing a couple years before learning that I was allergic to fish.

My first fishing experience happened when I was a boy of four. My immediate family was down in Texas on a cattle ranch owned by my mother’s family, which, like most ranches in the area, featured a pond that was regularly stocked with fish.

Accompanied by our dad, my brother and I went to work on the pond with nothing but a cane pole, a plastic bobber, and a worm on a hook. I don’t remember much about that day of fishing, with the exception of a clear memory of gripping the wetted line and hoisting aloft my first, wriggling catch – a perch of what must have been no more than five inches.

Of course, I had plenty of help from my dad but pride swelled in my chest.

A few years later, another sensation signaled that I’d have to take extra precautions with fishing for the rest of my life.

Right after the birth of my third and fourth brothers – the twins – my mother arranged a housekeeper to help tidy up our Northern California home. She was a great help to us, and very generous. The housekeeper’s husband was an avid angler who fished the San Francisco Bay and sometimes ventured into coastal waters for larger fare.

One day our housekeeper turned up with the gift of her husband’s latest catch – a beautiful red snapper. The species of rockfish has since become somewhat endangered off the California coast. My mom dutifully accepted the snapper and proceeded to fillet and cook it.

Like many Western families at the time, our experience of eating fish was limited to the occasional tuna fish sandwich (a nice break from peanut butter and jelly or bologna). So, the spread of snapper and thick potato chips was quite the novelty, and my brother and I made quick work of eating it.

A few minutes after finishing the meal, however, I began to feel a prickly sensation in my mouth and throat. Looking in the mirror, I saw that my lips were ringed with red hives. In a few more minutes, the hives sprang up on my back as well. The reaction (not to mention the age range) was very similar to Simone’s account of her first experience as noted in the blog post linked here: Oral Allergy Syndrome.

Luckily, the reaction stopped there and subsided over the course of a day, but the implication was clear: the snapper had caused an allergic reaction.

Unfortunately, there’s no real pattern of intolerance for me to follow. Tuna are in the Scombroidea family, which is the best tolerated fish among those with fish allergies, and I’ve continued to eat tuna to this day with no impact (although I take my tuna sandwich with my epinephrine auto-injector at the ready, just in case).

I’ve had allergic reactions to other species, including cod and mahi-mahi, during a couple of controlled-condition tests in my early 20’s. In each case, the reaction was the same: a prickly sensation in my throat accompanied by hives. It has never risen to a level beyond one that is manageable by a dose of an anti-histamine to minimize the hives on my body.

I’ve stopped testing new fish species since it just doesn’t seem worth it to take the risk. Despite the new allergy, I’ve maintained an interest in angling over the years. When I fish, I follow the recommendations from the American Academy of Asthma and Immunology (AAAI):

Of course, the AAAI cautions anyone interested in fishing to follow their own best judgment. Their rules have worked for me so far, allowing me to keep pursuing my angling interest.

Recently I launched FishingTech.com. Because some of the most rewarding aspects of fishing – cooking and eating them – are off the table for me, the site’s focus is on other areas: the history and future of the electronics, gadgets, and software that make the sport easier for pros, more fun for amateurs like me, and more accessible to folks who couldn’t otherwise be fishing.

I like to tell myself that the fish allergy is also helping me by giving me some kind of karmic boost, with the fish somehow sensing that there’s no possibility of predation. But if that were the case, you’d expect a better success rate.

But I guess that’s why they call it fishing, not catching!