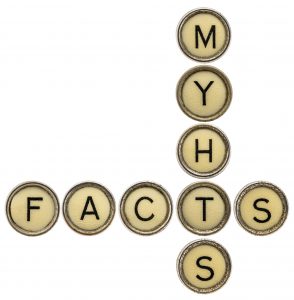 MYTH: “My aunt says that if we just give him just a little bit of his allergen, he’ll get used to it and develop a tolerance.”

FACT: Giving someone “a little bit of his allergen” is not safe. It is not the same thing that is being done in the clinical trials for Oral Immunotherapy (OIT), which are medically supervised. In OIT, patients attend a clinic where they are monitored by highly-trained professionals. After testing to ensure he or she qualifies, the person is given a tiny amount of the food that causes them to react (such as peanut), and over a prolonged period of time the dose (amount of the allergen) is gradually increased.

The goal of OIT in a clinical setting is to induce “desensitization”, where the person can tolerate more of the food than they were able to prior to OIT. This is not the same as tolerance which is the “complete and permanent resolution of clinical response following exposure to any amount of the identified allergenic food” [see footnote, below]. Studies were done under medical supervision, and side effects occurred frequently.

OIT is still at the investigational stage and should never be undertaken at home.

Bottom Line: Giving a child “a little bit of his allergen” is unsafe.

Note: Each month on our blog, we are featuring a common myth about food allergies, followed by the facts. Information for this month’s Fact was provided by Dr. Susan Waserman, MSc, MD, FRCPC. Professor of Medicine, Division of Clinical Allergy and Immunology, McMaster University, Hamilton, Ontario.